If you’re like me, right now you’re looking forward to the New Year and the clean slate that it brings. Unfortunately, some of the SEO baggage from 2014 still needs to be addressed if you want to leverage the opportunities that the New Year will bring. Here are five significant changes that we saw last year and what you should do about them right now.

The Panda algorithm was designed to prevent sites with poor quality or thin content from ranking well. This latest update wasn’t a simple tweak to the formula, but rather a major update that changed how search engines identify poor quality sites. Popular sites such as RetailMeNot.com and eBay were significantly impacted, with eBay suggesting that the Panda update, along with a related manual penalty, cost them $200M in lost revenue.

Action Item: Consistently publish valuable educational information on your website. In addition to well written, keyword rich copy, search engines look for the presence of images, whether other relevant authoritative web sites have linked to your site, site speed, and how visitors interact on your site.

Google Authorship was a pilot program whose goal was to provide a stronger connection between authors and their relevant content. An author’s headshot was displayed next to a given search result and theoretically, that image prompted you to click on that link as opposed to one that didn’t display the author’s image. Google discontinued the program, claiming that authorship didn’t have a significant impact, though some skeptics attribute the change to the fact that all of those author images took up too much space in search results, leaving less space for Google Ads.

Action Item: Publish content on your Google+.  Although author images from websites don’t appear in search results, they’re still present for Google+ posts that rank. So, it’s more important than ever to post your content on Google’s social media platform.

Google released a new algorithm that had a significant impact on local search results rankings, affecting many local small businesses and law firms. The change was intended to provide more accurate, “localized” search results, but the actual result was that large directories such as Yelp and Avvo shot to the top of the organic rankings, while individual firms were relegated to the local results, often displayed below the Google map.

Action Item: Ensure all directory listings are consistent and up-to-date. Because Pigeon is ranking business directories so highly, it’s vital that your firm is listed in all directories and that all of your listings are accurate. While the “big boys” like Avvo and Yelp are important, don’t forget local and hyperlocal directories. Your local newspaper, Chamber of Commerce, and city hall may offer online directories that you’ll definitely want to be included in.

HTTPS (Hypertext Transfer Protocol Secure) is a communications protocol that encrypts transmitted data, making transactions and communication more secure. As part of its ongoing push for improved security across the web, Google announced that it will give sites using encryption a higher rank.

Action Item: Consider adding an SSL certificate to your website. HTTPS isn’t a major ranking factor right now and there are drawbacks, including slower site speed and the small expense. However, if your site collects and transmits personal information, such as e-commerce, financial, and social networking sites, you should make the move to HTTPS

The Panda algorithm targets sites that are considered spam and have a large number of low quality backlinks. Sites that have a poor backlink profile are penalized by being poorly ranked and/or entirely removed from Google’s index. This most recent algorithm update was especially significant because it had been almost a full year since the previous update and, unlike other algorithm updates, if your site is penalized by Penguin, you have to wait until the next release to see any improvement, no matter how hard or how quickly you work to correct the flaws.

Action Item: Examine every backlink in your profile. Using the free tools available in Google’s WebMaster Tools, verify that all of your backlinks conform to Google Webmaster Guidelines. Immediately remove any paid or automated links or links that are otherwise spammy.
Taking action now to comply with the recent Google changes will position you for whatever online marketing challenges and opportunities 2015 may present. 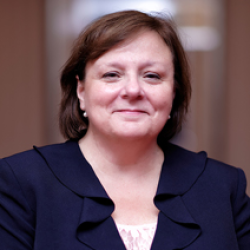